This year will introduce a special session on communicating chemistry. The invited Teacher-Scholars will each have produced a 2-3 minute video about their research and its potential importance, with much of the content to be aimed at non-scientists. Noted videographers Gino Del Guercio and Stephen Lyons will select segments from these videos and present them with commentary at the symposium. The videos produced by the Teacher-Scholars are posted on the Foundation website.

The talks will stream live at https://www.dreyfus.org/contact/TSS.shtml 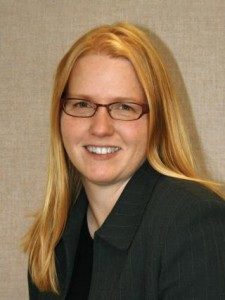 9:45am: Kristi Anseth, University of Colorado Boulder
2000 Teacher-Scholar
Cellular Control in a Couple of Clicks
Chair: Matthew V. Tirrell
Kristi S. Anseth is a Howard Hughes Medical Institute Investigator and Distinguished Professor of Chemical and Biological Engineering at University of Colorado Boulder. She earned her B.S. from Purdue University and her Ph.D. from the University of Colorado. She conducted postdoctoral research at MIT as an NIH fellow. Her research interests lie at the interface between biology and engineering where she designs new biomaterials for applications in drug delivery and regenerative medicine. She was the first engineer to be named a Howard Hughes Medical Institute Investigator. She received the Alan T. Waterman Award, the highest award of the National Science Foundation, for exceptional individual achievement in scientific or engineering research. She is a member of the National Academy of Engineering and the Institute of Medicine. Anseth has received four University Awards related to her teaching, as well as the American Society for Engineering Education’s Curtis W. McGraw Award. She is a Fellow of the American Association for the Advancement of Science and the American Institute for Medical and Biological Engineering. She serves on the editorial boards or as associate editor of Biomacromolecules, Journal of Biomedical Materials Research — Part A, Acta Biomaterialia, Progress in Materials Science, and Biotechnology & Bioengineering. 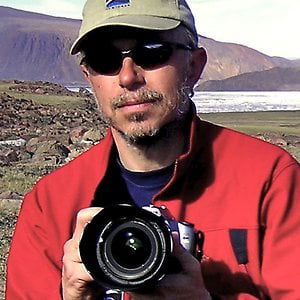 Stephen Lyons is an award-winning writer and producer with 30 years of experience in television, newspapers and magazines. After four years as Senior Editor for Program Development at NOVA, Lyons left WGBH to form Moreno/Lyons Productions with his wife Aida Moreno, another longtime WGBH producer. Since then, he has written and produced two Emmy Award-winning PBS primetime chemistry programs. The first was Forgotten Genius, a two-hour NOVA biography of African American chemist Percy Julian. The second was The Mystery of Matter: Search for the Elements, a three-hour 2015 series about the human story behind the Periodic Table. Both projects were seeded by grants from the Dreyfus Foundation. 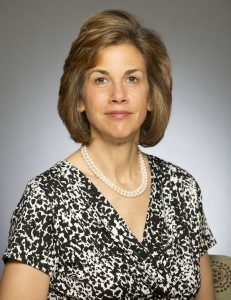 1:30pm: Marsha Lester, University of Pennsylvania
1986 Teacher-Scholar
Exploring Uncharted Regions of Atmospheric Reaction Pathways
Chair: Louis E. Brus
Marsha I. Lester is the Edmund J. Kahn Distinguished Professor in the Department of Chemistry of the School of Arts & Sciences at the University of Pennsylvania. She received her B.A. from Douglass College, Rutgers University, and her Ph.D. from Columbia University. Her research employs novel spectroscopic methods to rigorously characterize important, yet previously uncharted, regions of chemical reaction pathways, including reaction intermediates of environmental significance. She served as Chair of the Department of Chemistry in 2005-09. In 2008, she was appointed Editor-in-Chief of The Journal of Chemical Physics, the preeminent journal in her field. Lester has received many honors and awards, including her election to Fellowship in the American Academy of Arts & Sciences, the Garvan-Olin Medal of the American Chemical Society, the Bourke Lectureship of the Faraday Division of the Royal Society of Chemistry, a John Simon Guggenheim Memorial Foundation Fellowship, Fellow of the American Association for the Advancement of Science, the American Chemical Society, and the American Physical Society, an Alfred P. Sloan Research Fellowship, and the Camille Dreyfus Teacher-Scholar Award. In 2016, she was elected a member of the National Academy of Sciences. 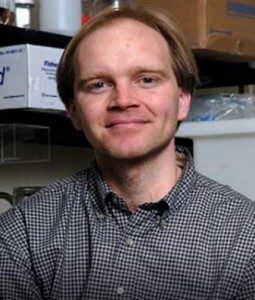 3:25pm: Anthony Bishop, Amherst College
2010 Teacher-Scholar
Small-Molecule On/Off Switches for Signaling Enzymes: Target-Specific Inhibition and Activation of Protein Tyrosine Phosphates
Chair: Thomas A. Stephenson
Anthony C. Bishop is a professor in the Department of Chemistry and the Program in Biochemistry and Biophysics at Amherst College. Bishop holds a B.A. in Chemistry/Biochemistry from the University of California, San Diego, and a Ph.D. in Chemistry from Princeton University. His lab uses a combination of chemical and biochemical approaches to study cell signaling from a chemical perspective, with a particular focus on the development of novel chemical tools for controlling the activities of protein tyrosine phosphatases with high specificity. He received a Faculty Start-up Grant for Undergraduate Institutions from the Dreyfus Foundation in 2002 and was named a Henry Dreyfus Teacher-Scholar in 2010. 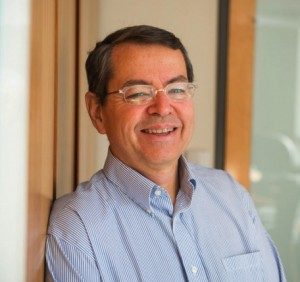 4:05pm: Stephen Buchwald, Massachusetts Institute of Technology
1988 Teacher-Scholar
Asymmetric Copper-Catalyzed Hydrofunctionalization Reactions
Chair: John I. Brauman
Stephen L. Buchwald is the Camille Dreyfus Professor of Chemistry at Massachusetts Institute of Technology. He received his Sc.B. from Brown University and his Ph.D. from Harvard University.  He then was a Myron A. Bantrell postdoctoral fellow at Caltech with Professor Robert H. Grubbs. He joined the chemistry faculty of MIT in 1984 and was named the Camille Dreyfus Professor in 1997. His research combines elements of organic synthesis, physical organic chemistry, and organometallic chemistry to devise catalytic processes of use in solving problems of fundamental importance. He has received numerous honors including the Award in Organometallic Chemistry from the American Chemical Society, a MERIT award from the National Institutes of Health, the Bristol-Myers Squibb Distinguished Achievement Award, the American Chemical Society’s Award for Creative Work in Synthetic Organic Chemistry, the Siegfried Medal Award in Chemical Methods which Impact Process Chemistry, the Gustavus J. Esselen Award for Chemistry in the Public Interest, the Arthur C. Cope Award from the American Chemical Society, the Linus Pauling Medal, the Ulysses Medal (University College Dublin), the BBVA Frontiers in Knowledge Award in Basic Sciences, and the William H. Nichols Medal. He is a fellow of the American Academy of Arts and Sciences, a member of the National Academy of Science, and an Arthur C. Cope Scholar. He is the coauthor of over 435 published or accepted papers and 47 issued patents. He serves as a consultant to a number of companies and is an associate editor of Advanced Synthesis and Catalysis.