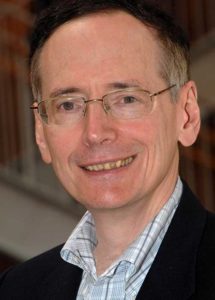 Tobin J. Marks, the Vladimir N. Ipatieff Professor of Catalytic Chemistry, and Professor of Materials Science and Engineering at Northwestern University, is the recipient of the 2011 Dreyfus Prize in the Chemical Sciences, conferred this year in catalysis. Marks was cited for the development of major new industrial catalysts and the fundamental understanding of their chemical structures and mechanisms of action. The prize, given biennially by the Camille and Henry Dreyfus Foundation, recognizes exceptional and original research in a selected area of chemistry that has advanced the field in major ways. The prize consists of a monetary award of $250,000 – one of the largest awards dedicated to the chemical sciences in the U.S. – a citation and a medal. The award ceremony was held at Northwestern University on September 27 and included a lecture by Tobin Marks.

Catalysts accelerate the creation of molecules or materials without being consumed. This process, called catalysis, is widespread in chemistry and essential to all living organisms. Catalysis ranges in scope from the actions of enzymes in biology to enabling the synthesis of therapeutic drugs to the production of coatings, fertilizers, and plastics on a huge scale. Catalysis underlies many aspects of the energy industry and makes the creation of new materials practical.

Marks has been a world leader in the understanding and development of new catalysts that enable the production of recyclable, environmentally friendly, and sustainably produced plastics and elastomeric materials. His research has resulted in a far deeper understanding of the requirements to make and break specific chemical bonds, thus giving scientists the ability to design new catalytic processes. His work has directly led to multi-billion dollar industrial processes. Marks has also demonstrated how metals from unusual parts of the periodic table, such as the rare earth elements, can be used as efficient catalysts with minimal formation of undesired by-products. Enormous savings in energy and scarce resources have been directly attributed to the fundamental knowledge and processes that have resulted from Marks’s catalysis research.

“I am delighted and humbled to receive this recognition from the Dreyfus Foundation, which honors the research that my students, colleagues, and I together have accomplished. Over the years, the Dreyfus Foundation has played a key role in promoting the chemical enterprise and in helping new university faculty launch their careers in research and education. Indeed, as a junior faculty member, I was thankful to receive a Dreyfus Teacher-Scholar award at a critical time,” said Tobin Marks. “The coming decades will present mankind with technical challenges threatening our quality of life. I believe that chemistry offers defining concepts and tools, and hence limitless opportunities, to better human life in many ways.”

Marye Anne Fox, Chancellor of the University of California, San Diego, and Chair of the Dreyfus Scientific Affairs Committee, noted, “Tobin’s accomplishments are extraordinarily diverse and profound. More efficient and greener science-based catalytic processes are essential to sustaining our environment.”

Tobin Marks holds a B.S. degree in Chemistry from the University of Maryland and a Ph.D. in Inorganic Chemistry from MIT. He has been on the Northwestern faculty since 1970. His research accomplishments have been recognized worldwide. From the United States these include the nation’s highest scientific honors, the U.S. National Medal of Science, and election into the National Academy of Sciences. From the American Chemical Society he has received the Arthur K. Doolittle Award in Polymeric Material Science and Engineering, the Award in Organometallic Chemistry, the Award in Inorganic Chemistry, the Award in the Chemistry of Materials, and the Arthur Cope Senior Scholar Award in Organic Chemistry. He has received many international awards, for example, from Portugal, the UK, Germany, Israel, Spain, and India.