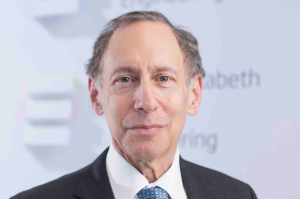 Robert S. Langer, Institute Professor at Massachusetts Institute of Technology, will receive the 2019 Dreyfus Prize in the Chemical Sciences on Thursday, September 26, at 5:00 p.m. The ceremony, which will feature a talk by Langer on Chemistry in Support of Human Health, is open to the public and will be held in Room 26-100 at MIT. A live stream of the event will be available at https://cheme.mit.edu/dreyfus-prize-webcast/

Langer is an icon at the intersection of polymer chemistry and medicine. His discoveries in drug delivery and tissue engineering have impacted the lives of hundreds of millions of people worldwide. He is the most highly cited engineer in the world and has been called the “Edison of Medicine” by Forbes magazine for his prolific inventions in biotechnology and biomedicine.

Langer’s work is marked by an ambition to improve human health and medical outcomes. As a young chemical engineer, he forsook a career in industry to pioneer the field of biotechnology. His creation of controlled release drug delivery systems revolutionized medical therapies for a wide variety of diseases and disorders, including brain and prostate cancer, macular degeneration, schizophrenia and other mental health disorders, and opioid addition. His breakthrough discoveries in tissue engineering led to the first human-based artificial skin approved by the FDA for burn victims, as well as the development of liver, cartilage, bone, corneas, and blood vessels in humans.

Today, Langer continues to break ground with new discoveries in drug delivery and tissue regeneration. With a cadre of nearly 1,000 research students who have gone through his lab, his mission is being realized in all corners of the globe. He is currently working with the Gates Foundation to greatly expand the number of lives his research might touch. For more on his research, see the Langer Lab website and the Dreyfus Prize announcement.

What principles drove you to continue your breakthrough research in large molecule-controlled drug delivery? What barriers did you cross? Did you have an “aha” or “lightbulb” moment?
My interest in understanding how to control the movement of large molecules began in an unusual way. I started my postdoctoral career working with the late Judah Folkman, attempting to isolate the first inhibitor of angiogenesis (blood vessel growth). To do so, it was critical to develop a bioassay for angiogenesis inhibitors, nearly all of which were macromolecules. We conceived of using a rabbit cornea assay where we could directly visualize blood vessel growth (Langer et al., 1976) through an ophthalmic microscope. However, that assay could take up to several months, so it was critical to have a very small biocompatible controlled release polymer system that would not cause inflammation in the cornea, and that could slowly and continuously release macromolecules (e.g. peptides, proteins, and nucleic acids) for long time periods.

When I started my investigations, it was widely believed that only low-molecular weight lipophilic compounds – but certainly not ionic molecules, peptides, or proteins – could be slowly released from biocompatible polymers. Dr. Folkman contacted many experts and they told him this couldn’t be done – large molecules couldn’t slowly leak out of a biocompatible polymer for any appreciable period of time.  The literature said the same thing. Sometimes I think the only reason I started working on this was that I hadn’t read that literature. Anyhow, I did work on it for several years and found hundreds of ways to fail. One of the ways I would do the release tests was with gel assay where you’d get a color change in the gel if the macromolecules were being released in active form. Almost every formulation I tested produced a color change in the gel in the first few hours and sometimes up to a day. But then there was nothing: no color change at all on day 2. I tested hundreds of systems and I was very discouraged. Then finally, I found a formulation made of ethylene-vinyl acetate copolymer that did result in a color change – and it kept changing every day, for over 100 days. I was incredibly excited to see this happen with my own eyes.

What has been the most impactful application of your research in drug delivery? Which aspect of your contribution has been most gratifying and why?
The most impactful thing to me is that according to a number of sources, hundreds of millions, if not billions, of people every year benefit from the principles, discoveries and inventions our lab has made. What’s most gratifying has been to know that the chemical and chemical engineering work our lab has done has enabled patients with cancer and other diseases to receive new treatments that have improved and, in some cases, saved lives.

In what direction might drug companies, healthcare and academic research institutions continue on with the foundations you’ve laid?
There are many. In drug delivery, crossing barriers such as the blood brain barrier; being able to target drugs to specific cells; designing intelligent delivery systems; and developing new nano- based systems to enable genetic therapies. In tissue engineering, creating organ on a chip-based systems to accelerate drug testing and reduce reliance on animal and human testing; and developing ways to restore everything from blindness and deafness to eliminating paralysis to repairing cartilage, bone, skin and other tissues and organs.

How would you describe the flow of your career, in terms of where you’ve focused your research over time? How have you followed up with tissue engineering?
I’ve spent almost all of my career focused on the interface of chemistry and chemical engineering on human health. It started when I did my postdoctoral work with Judah Folkman at Boston Children’s Hospital where I was the only engineer in the hospital. I developed techniques to isolate and test angiogenesis inhibitors (this involved creating the first biocompatible polymer systems to slowly release macromolecules (angiogenesis inhibitors are macromolecules)) and using these techniques to prove that angiogenesis inhibitors existed (prior to this most scientists didn’t believe such inhibitors existed) by isolating the first such inhibitors. This got me interested in understanding how materials could be used to deliver drugs.

Also while at the hospital, I met Jay Vacanti, a surgeon who became head of the liver transplant program, and he told me about the organ shortage problem. Together, we came up with a new idea on how to address this by conceiving of combining appropriate three-dimensional polymer structures and mammalian cells which would help spawn the field of tissue engineering. We have followed up on that field in a number of ways including synthesis of new materials; creating organs on a chip; developing new bioreactors for cells; and developing new approaches to create tissues like blood vessels, spinal cords, and restore hearing among others.

What aspects of your current work hold the greatest near-term promise for practical application?
I hope some of the things we are doing with the Gates Foundation to help people in the developing world are among them. We are trying to develop better delivery systems for drugs and vaccines, and better ways of providing nutrition for the developing world. A number of these are in clinical trials but there is still a long way to go.

In an ideal world, what would be the process that would enable scientists to be even more successful?  What are the most important resources scientists need to achieve their goals? From your perspective, what do you think stands in the way of big discoveries in the current environment?
I think funding for basic research, blue sky research is the most important thing. And also having that funding for long time horizons.

What do you think is the next “big thing” out there? What does the healthcare industry and drug therapy research really need to focus on in the coming years and decades? What’s the biggest need in drug research to treat either one or more varying diseases?
There are many. Two big areas are the development of new genetic therapies such as siRna, mRNA, and gene editing; and cellular therapies for treating diseases like cancer or enabling what we call tissue engineering or regenerative medicine.

What advice would you give young chemists and chemical engineers?
Dream big dreams that can change the world, recognize that you may often be told that what you are dreaming about may be impossible and will never happen, but don’t give up on those dreams.

Looking to the future, are there additional goals or missions that you hope to achieve?
My major goals remain to come up with ideas that will have a big impact on the world, to bring those ideas to a clinical or practical reality, and to train the very best people I can to lead us into our future.