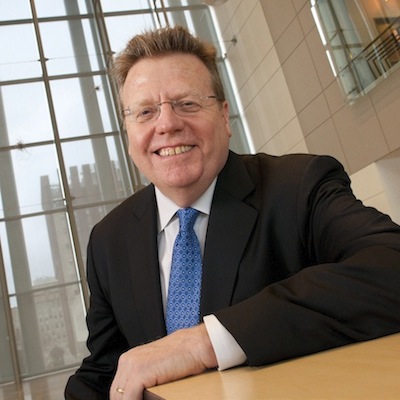 Matthew Tirrell, Dean of the Pritzker School of Molecular Engineering at The University of Chicago and Chair of the Dreyfus Foundation’s Scientific Advisory Committee, has recently received two significant honors. Dr. Tirrell is the recipient of the 2022 American Chemical Society Award in Colloid Chemistry, which recognizes outstanding scientific contributions in the field. Further, the Welch Institute for Advanced Materials, a partnership between The Welch Foundation and Rice University focused on world-leading advanced materials research, has named Tirrell as the new chair of its Scientific Advisory Board.

Dr. Tirrell is a pioneering researcher in the fields of biomolecular engineering and nanotechnology, specializing in the manipulation and measurement of the surface properties of polymers, materials that consist of long, flexible chain molecules. His work combines microscopic measurements of intermolecular forces with the creation of new structures and has provided new insight into polymer properties, especially surface phenomena, such as adhesion, friction, and biocompatibility, and new materials based on self-assembly of synthetic and bioinspired materials.