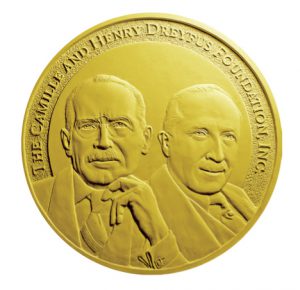 The Camille and Henry Dreyfus Foundation has selected Environmental Chemistry as the topic of the 2021 Dreyfus Prize in the Chemical Sciences. The deadline for nominations is December 3, 2020.

The Dreyfus Prize, awarded biennially, recognizes an individual for exceptional and original research in a selected area of chemistry that has advanced the field in a major way. The prize consists of a monetary award of $250,000, a medal, and a certificate.

“The chemistry of the Earth’s environment affects every person on the planet in a profound manner,” said Matthew Tirrell, chair of the Dreyfus Foundation Scientific Affairs Committee. “Understanding the genesis and the resultant effects of environmental chemical phenomena, and devising mitigations to undesired changes, are among the greatest contributions that chemistry is making to society. The Dreyfus Foundation therefore wishes to recognize Environmental Chemistry with its 2021 Prize in the Chemical Sciences.”

Further details on the Prize and the nomination procedure are available on the Dreyfus Prize webpage.